Robur was a marque of the East German company VEB Robur-Werke Zittau.  During the Cold War period, it mainly produced 3-ton trucks in the town of Zittau in what now is South-East Saxony.  Until 1946, company produced under the marque Phänomen and until 1957 traded under the name VEB Phänomen Zittau.

Vehicle production at Zittau commenced in the 1880s – Rover Safety Bicycles were built under licence.  Improved designs were sold from 1894 under the name “Phänomen-Rover”.  Motorcycles under the Phänomen name appeared from 1900 developing into the 3-wheel Phänomobil from 1905 and 4-wheeled vehicles from 1912.

Between the wars, the factory produced a range of trucks concentrating during the Nazi era on the Granit 1500 model (named Granit 27 after the war) with a payload of 1.5 tons.  All Phänomen trucks had air-cooled engines.
In the immediate post-war period, property of those judged to be Nazis and war criminals was nationalised and the Phänomen works became a state-owned Volkseigener Betrieb (VEB).  Some 1000 Red Army vehicles were repaired and, in 1949, low scale production of pre-war models resumed – only in January 1950 were the first 13 Granit 27 vehicles finished. 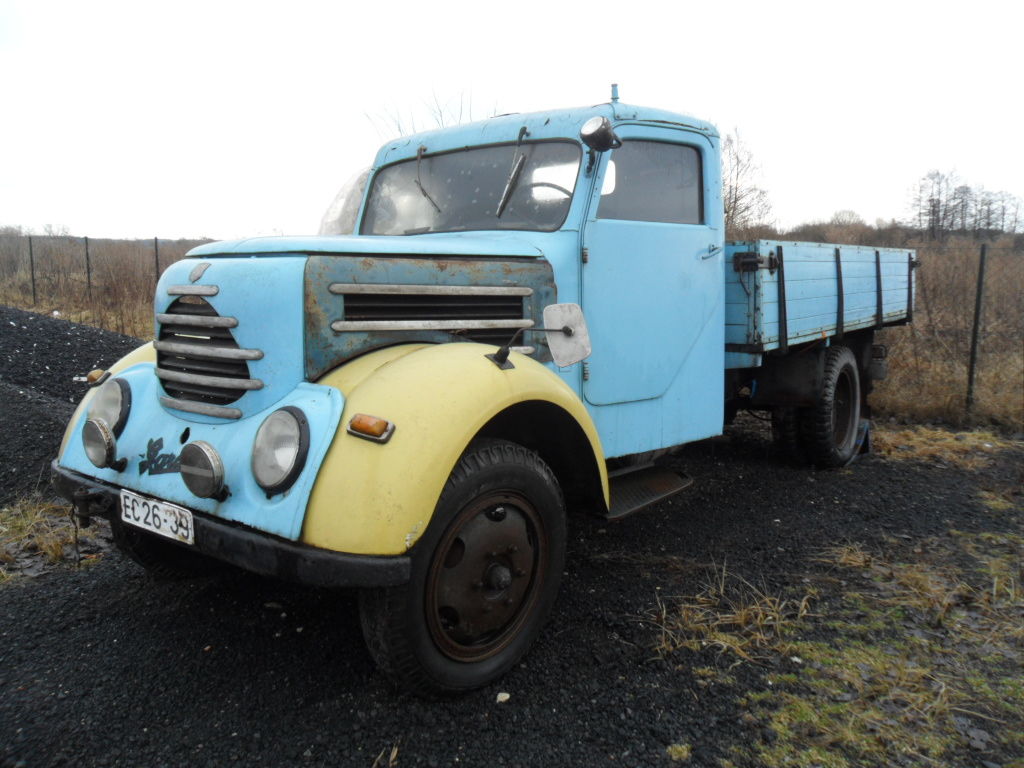 New designs, some using diesel engines for the first time, appeared through the 1950s leading to the renamed Garant model – 50,000 were built in several variations (e.g. bus, truck, ambulance) until 1961.

In 1957 the company was renamed VEB Robur Werke Zittau.  Heirs of the company founder refused the new company to use the Phänomen brand. Several other factories were merged with the company at this time.

The successful Garant model was replaced by the Robur LO 2500. This modern forward-control (i.e. cab over engine) truck, constructed according to international development trends of the time, was first presented at the Leipzig Trade Fair in 1961.  The Robur had the petrol engine of its predecessor, with output increased to 70 HP, and a payload of 2.5 tons.
The four-wheel version with a 1.8 ton payload was called Robur LO 1800 A (the A suffix is for “Allrad”, the German term for all-wheel drive). 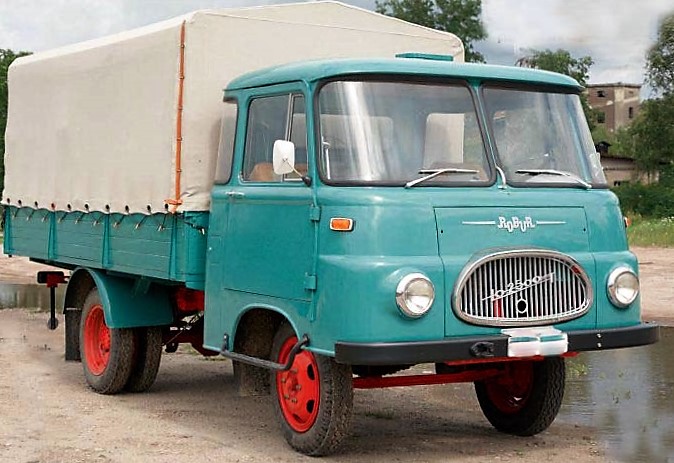 In 1968 further development resulted  in the LO 2501 and LO 1801 A models,
distinguishable by a changed grille.  The LO 3000 3-ton truck introduced in 1974 became the basis of a number of special models.  The four-wheel drive variant also saw its payload increased and was sold under the designation LO 2002A.  From late 1982 a diesel engine was offered alongside the petrol engine.  Development of the 3000 series in the 1980s aimed to extend the lifetime of various components to reach international level of quality. These changes, that were in part also made to the four-wheel drive types LD/LO 2202 A, led to the diesel-driven models LD 3001 and LD 3002, recognisable by smaller wheels and increased tread.

As with the Barkas van, Robur trucks were constructed for a variety of purposes from tippers and buses to fire engines and military.  Most vehicles were equipped with a petrol engine. The type designation LO (Luftgekühlter Ottomotor – German for air-cooled petrol engine) led
to the nickname Ello which became the popular designation for all Robur trucks as it is impossible to differentiate between the diesel and petrol engines from the outside.

Robur trucks were sold in several overseas countries as well as in the COMECON (i.e. Eastern Bloc) area.  The Robur-Safari program was created to open up new markets by adapting trucks to meet the climatic and geographic conditions of their future country of use.

Further development was restricted to existing models after the DDR government prevented production of newly developed 0 611/0 611A and D 609 models (as also happened with proposed new models of the Trabant car).

In common with Trabant, Wartburg and Barkas vehicles, demand for Robur trucks declined quickly after German unification.  Fitting a Deutz diesel engines failed to save the Robur and production ceased in 1991.

In 1995 a new company called Robur-Fahrzeug- Engineering GmbH was founded and bought all know-how of the Robur-Werke Zittau.  In 1999 another successor was founded with FBZ GmbH Zittau.  The company now builds and supplies components for vehicles.

As with other vehicles produced in the DDR era, there is an active preservation movement to restore these medium sized commercial vehicles and a few have found their way to UK since German unification.