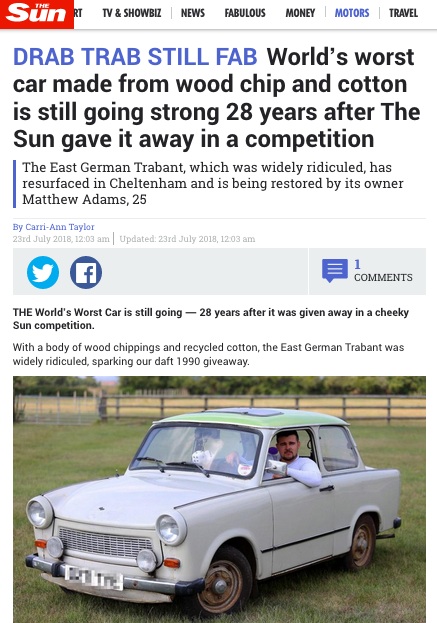 New Trabant owner Matthew Adams got more than he’d bargained for when he posted a photo of his 1984 601 s on the Supporters of the Wartburg Trabant IFA Club UK Facebook page for members to admire.

Club guru Peter Frost was able to tell him that the car was one of the first brought to the UK after the wall came down in 1990 and had been imported by The Sun as a prize in a readers’ competition to “win the world’s worst car”.

Peter knew this because he’d bought the car from the winner!

Both Peter and Matthew were featured in today’s edition of the paper, with a longer write-up on line.

Matthew told The Sun: “I like to think of it as an underdog. I have driven it a few times and it is like being in an armchair on top of a lawnmower.”